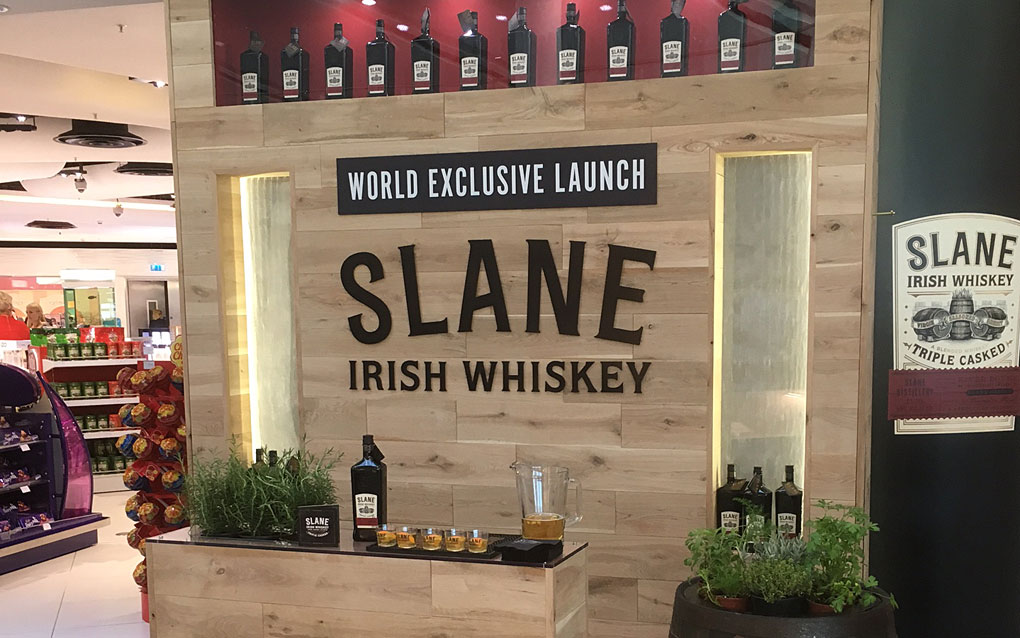 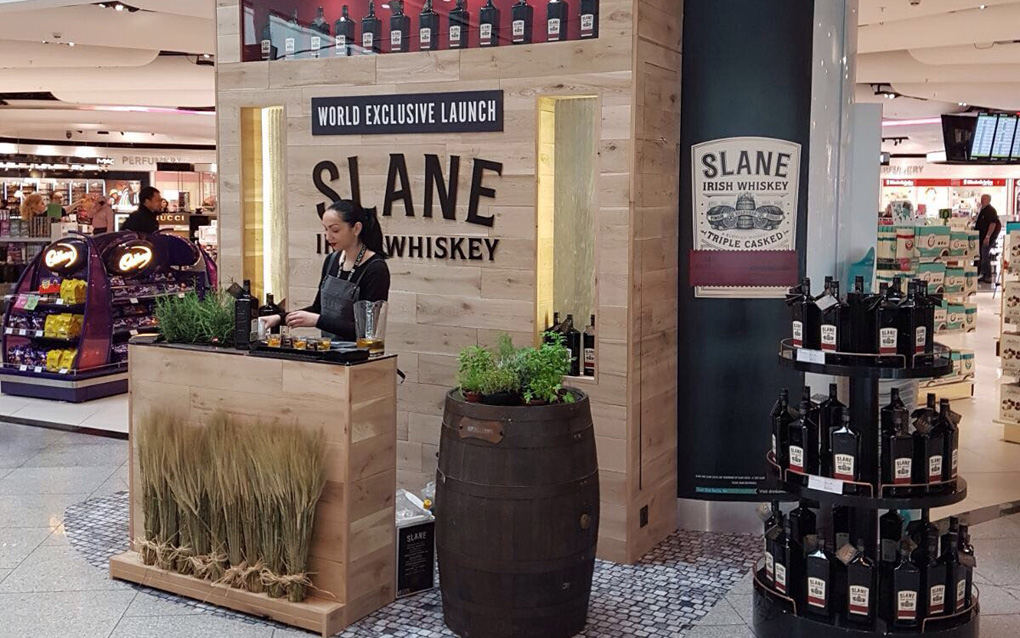 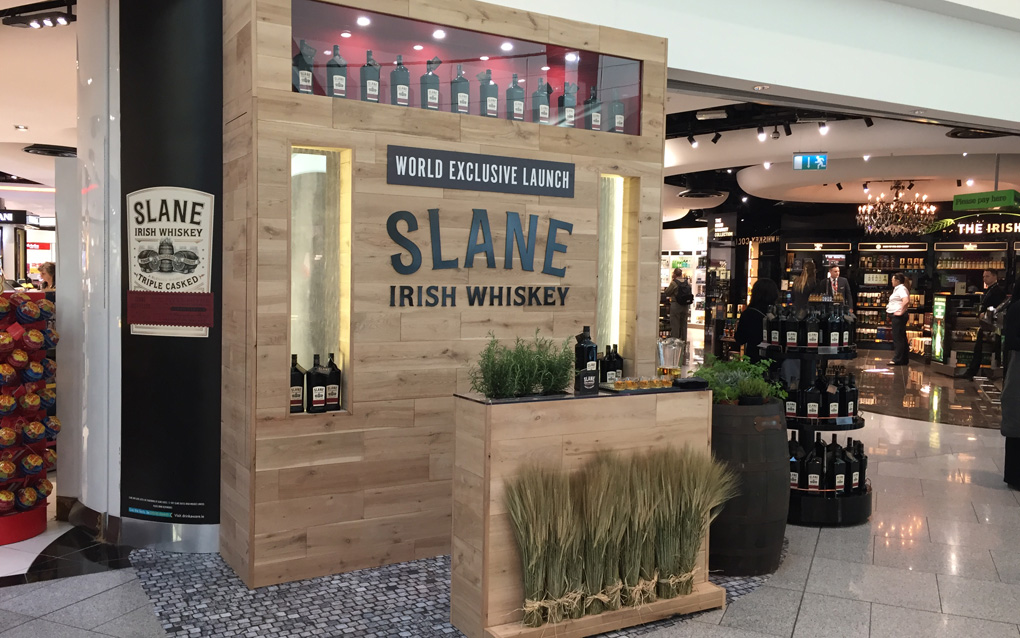 Slane is a relatively new brand to the liquor industry, specialising in triple casked whiskey, the brand's displays are mostly traditional due to its 147-year history.

The unit shown was installed into Dublin airport as part of their worldwide exclusive release. It incorporates down lighting, oak panelling, three-dimensional logos and most notably an inbuilt waterfall to either side. Accompanied by props such as faux plants, barrels & barley to complete the look.